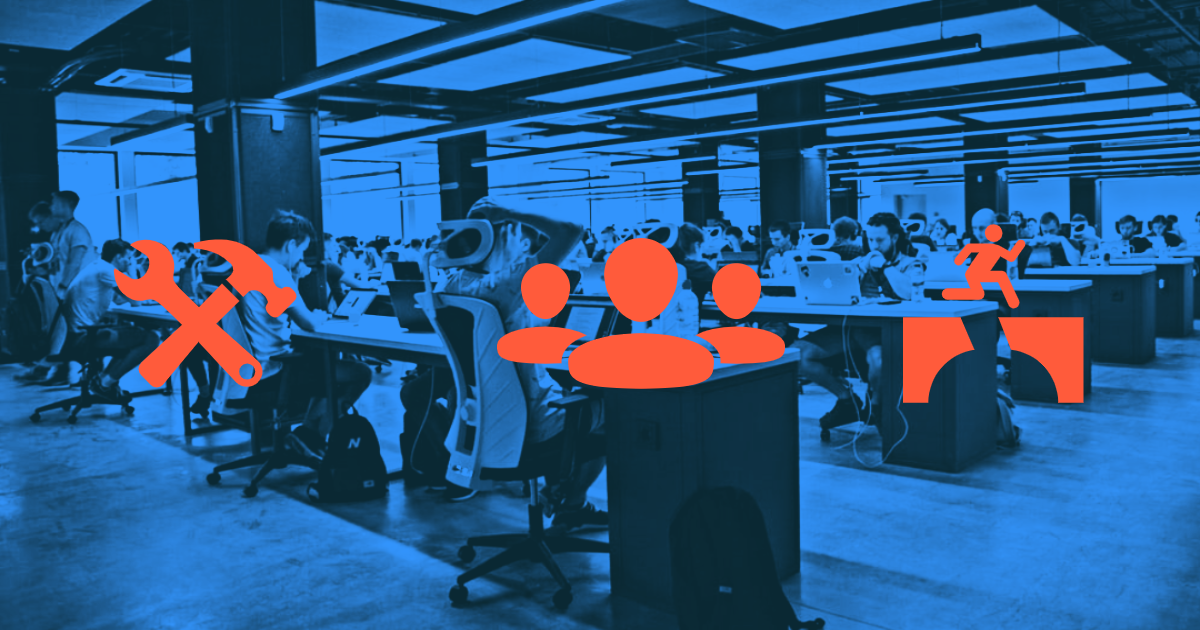 Did You Mean DevOps or DevOps?

Depending on who you ask, DevOps is a suite of tools, a team of individuals, or a new corporate culture.

Depending on who you ask, DevOps is a suite of tools, a team of individuals, or a new corporate culture.

DevOps is another word starting to lose its meaning in today’s marketplace.

DevOps is a set of tools or programming languages to take code from the Developer, package it up, and promote it through environments to production.

DevOps is a separate team of individuals maintaining the Continuous Integration/Continuous Deployment pipeline.

DevOps is a culture inside the organization to promote interdepartmental communication and breaking down barriers.

Three opinions: a suite of tools, a team of individuals, or a new corporate culture.

More often than not when an organization is looking to solve problems with throughput from the product teams, a DevOps group is assembled to bridge the silos between various parts of the organization. Unfortunately, instead of bridging the gaps between the silos in the organization, a new silo is created around a set of new tools aimed at Continuous Integration and Continuous Deployment.

Instead of connecting groups, the organization now has another team competing for precious budget, is bringing new tools and processes into an already complicated technical stack, and in the end the core problem still remains.

Overall, DevOps was selected as having strategic impact by just 20 percent of respondents.‍

Among those in executive roles, DevOps was identified by only 17 percent, well below front-running SaaS (42 percent), big data (41 percent), and public cloud (IaaS) (39 percent). Among those identifying as having DevOps and cloud-related roles, DevOps took third place with 39 percent behind SaaS (44 percent) and big data (42 percent). This is in spite of evidence that organizations are engaging in at least the automation and orchestration aspects of DevOps.

However, according to the 2018 Open Source Jobs Report published by The Linux Foundation and Dice, DevOps skills (59%) are second only to Developers (72%) as the most sought after position. Organizations have a real need to solve operational throughput problems to get products from the napkin to in front of the customer efficiently. Simply having a DevOps group inside the organization is not getting the job done. Clearly there seems to be a disconnect between the strategic value of DevOps and the drive to continue to build a DevOps team.

Given all of the confusion regarding how DevOps is defined and the strategic impact to an organization, it is important to have a single definition communicated throughout the organization.

For Trility Consulting, we believe the delivery of testable, secure, software to production on a regular, repeatable cadence is the responsibility of everyone on the team. There are no walls, there are no silos. It all starts with amazing Product Owners, Developers, and Delivery Engineers who are focused on delivering an exciting application development experience. Everyone on our project teams are dedicated to diving in and understanding how we solve business problems together.

When you hear a member of the Trility Consulting team talk about DevOps, we are talking about our commitment to the business problem at hand and delivering value to the clients we have the privilege to serve. As a team, we are focused on delivery.

Watch Author Eric Gerling describe a common approach taken by companies starting a “digital transformation” initiative. While they set out to create an innovation team, what they are really doing is breaking up a delivery team. Unknowingly, they leave people behind who must catch up and learn the “new way.” This short video clip outlines the problem. Keep watching to learn how to avoid or overcome this challenge.